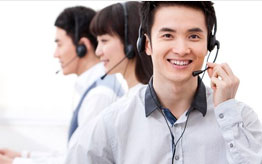 The main function of washing wheat is to wash away the contaminants on the surface of wheat grain, which plays a positive role in ensuring flour quality. However, washing wheat requires a large amount of clean water, and the used sewage also needs to be purified, thus increasing production costs.

The other one is FXML vertical wheat washer, which can play the role of washing and mildly beating wheat grains, but cannot separate grains.

3.The working principle of wheat washing machine: according to the specific gravity of the material, size and shape to separate impurities, different particles in the water not only by its own gravity, and by the buoyancy and resistance of water, the specific weight of the particles less than water float, so some sick particles can be separated out, the specific weight of particles greater than water sink, according to the different settling speed, can be separated from wheat and stones, and shoulder stone in the water settling speed than wheat The use of a certain speed of the stranded dragon, will be in the water sinking slowly wheat, from one end to the other end, gravel sinking faster, then gradually leave the wheat stranded dragon and sink into the water bottom of another small stranded dragon, from the opposite direction to send out. Thus the wheat and gravel are separated.

The wheat washing process can also increase the moisture of wheat, for the low water content of wheat, the role of water wetting.

③ washed wheat gravel content should be less than 0. 03% (into the machine wheat sand content of not more than 0. 3% of the case).

⑥The discharged effluent should not contain wheat grains of food value. The quality of wastewater purification treatment should meet the requirements of environmental protection.

The weight of dry matter taken away from the effluent should not exceed 0.3% of the weight of wheat.